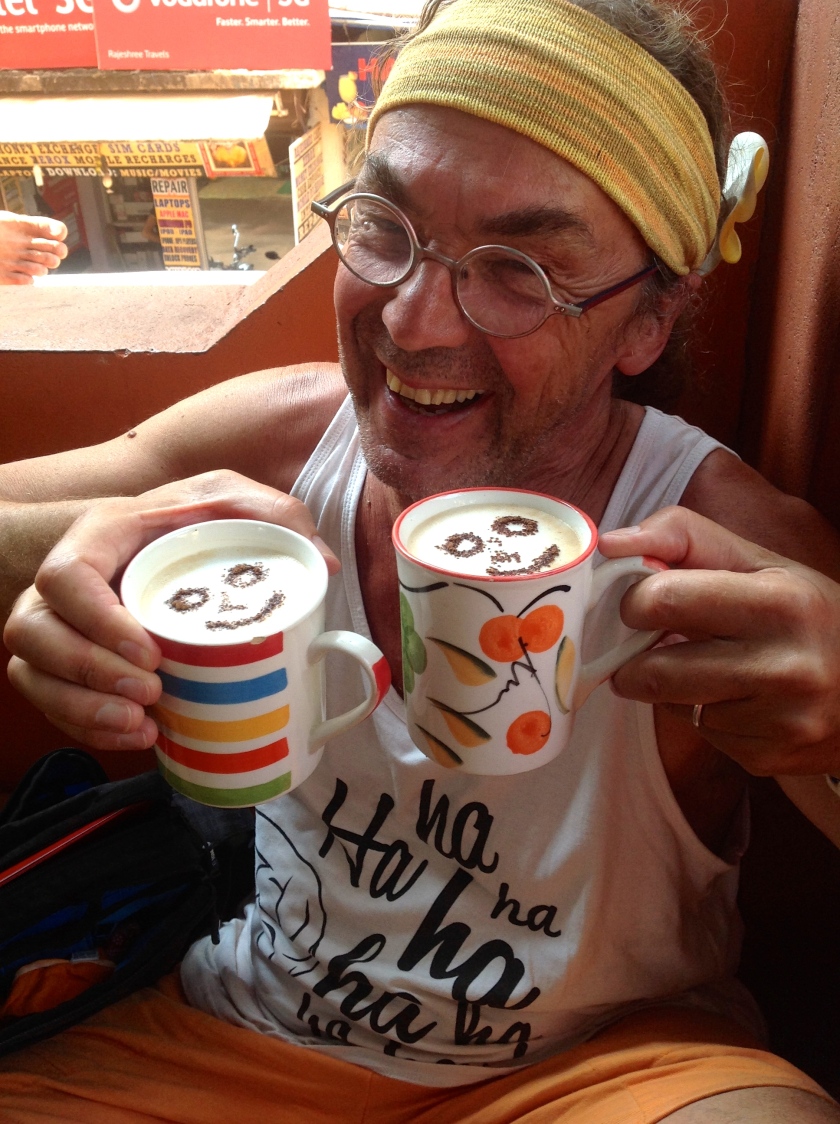 Introduction to Foolosophy. I express my joy and my ideas for texts which will follow. Very much fun!

These characteristics are first achieved individually. The individual develops new capabilities of positivity, social art, devotion, artistic expression and consciousness.
Finally, the new lifestyle is achieved in advanced societies and communities, and spreads via the Internet. It’s a contagious virus.

Foolosophy is a philosophy of the future based not only on knowledge, but also on feeling.
It involves the solution of almost everything, because with the new perspective we free ourselves from problems and celebrate the potential.

The essence of Foolosophy is laughter and inspiration. I describe inspiring personalities, organizations, politicians, philosophers. I also show my own inspiration, my enthusiasm, and my vision.

I inspire humanity to laugh, love and live. I describe small communities and new paradises and formulate the vision of a world community. I motivate to a new start, a new self-image and image of man!

My life was and is a perpetual transformation. I have seen very early fundamental transformations. In India and Nepal, in the early 70s. I was a prophet of the new consciousness. During my studies, I researched on the philosophy of happiness of antiquity and on mysticism. A few years later I studied Anthroposophy in Stuttgart.
My many years as a Waldorf teacher and my duties as a father were inspirations of practical life.
Luck was still with me when I worked from the early 80s as a teacher of young people at a Waldorf boarding school in Switzerland.
10 years later, I climbed the ladder to greater heights of social difficulty when I became the leader
of a therapeutic community for former heroin addicts. During this time I began Zen meditation which I exercised intensively for several years. It led me to an inner smile for no reason.

At the beginning of the new millennium, with my discovery of philosophical laughter, I transformed into ever greater heights. This new altered state of consciousness had a certain similarity with my transformation of the 70s. Only I was now a grown man in the 50s and a doctor of philosophy, and on this background, the laughter and humor made sense in a wonderful way.
I laughed at everything, and first of all at myself. But I laughed also about our western consciousness, about the ideas, projections, fears, intellectualizations, theological traditions, and philosophical constructions.

The essence of foolosophy is inspiration. Christina Fleur de Lys and I became new people during these years. Wherever we are, we inspire our environment to a more positive and happier life. On our big travels in Asia, South and North America and other continents, we have studied the philosophies and religious traditions of other peoples, and have experienced them in lively dialogue. We have travelled for two and a half years within the last five years. Yes we have!
So I write not only about these things. They are existential in my life, every moment, every day. The inner power is getting stronger. Life goes hand in hand with my work.

The texts on the Foolosophy will likely contain the following elements:

– Philosophical Texts on the new consciousness
– Large amounts of laughter
– Spiritual and philosophical experiences on our travels
– Links to websites and films for readers who continue to be inspired and also would like to actively contribute and study.
– Practical tips and suggestions for an inspired life and a joyful couple relationship

My / our books and movies: